Console Port is a two-part challenge based around solving an ASCII console port of Keep Talking and Nobody Explodes. In the game, your goal is to disarm a bomb in a set amount of time. The bomb has several modules which must be solved to win, such as cutting wires, pressing buttons and entering codes, and an accompanying manual which describes exactly how to solve each module. 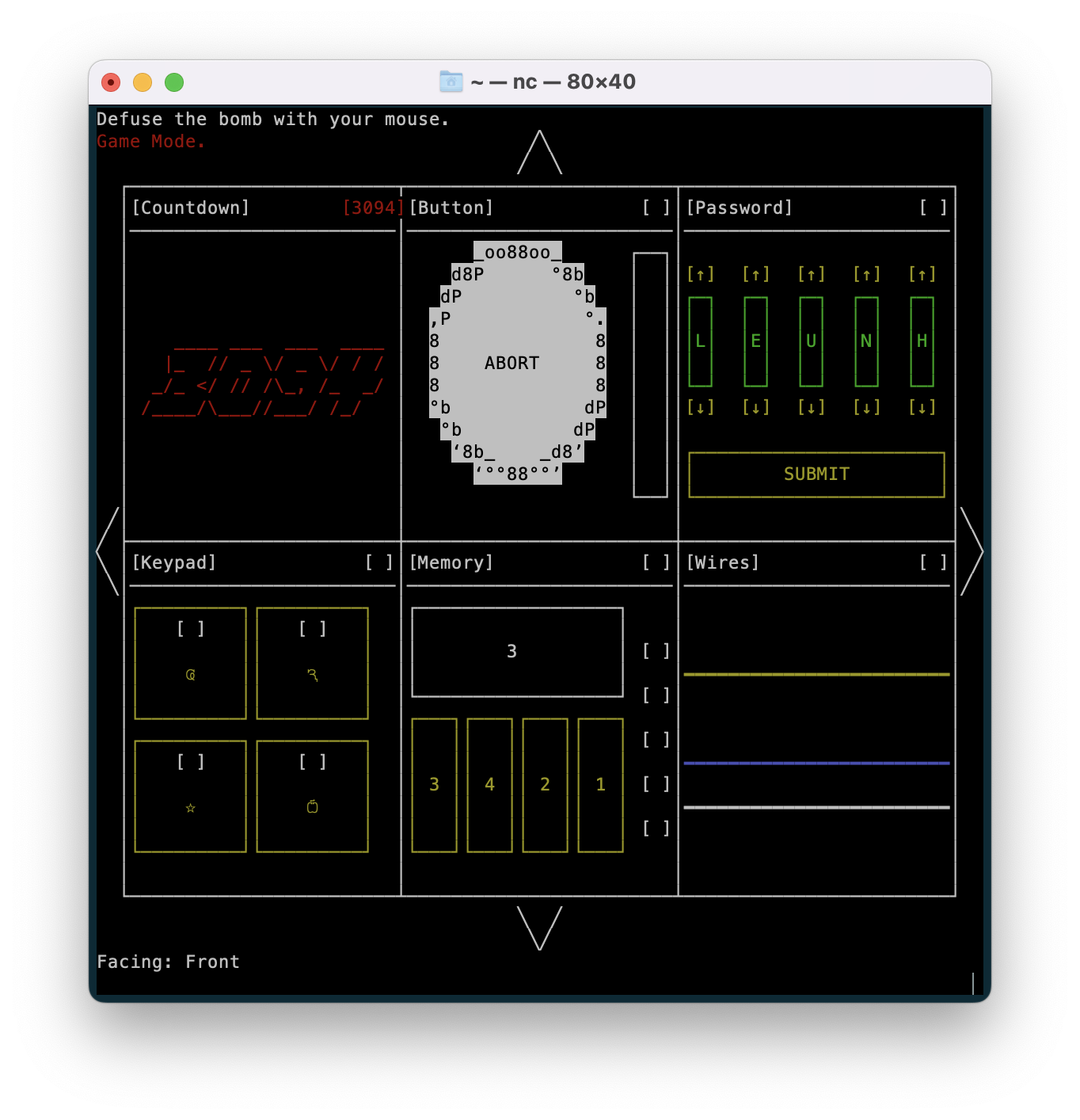 In the first part, called Console Port (100 points, 291 solves), you get 3108 ticks running at approximately 10 ticks per second (so, around 5 minutes) to solve a bomb with five modules. With some experience, it’s possible to just solve this manually. 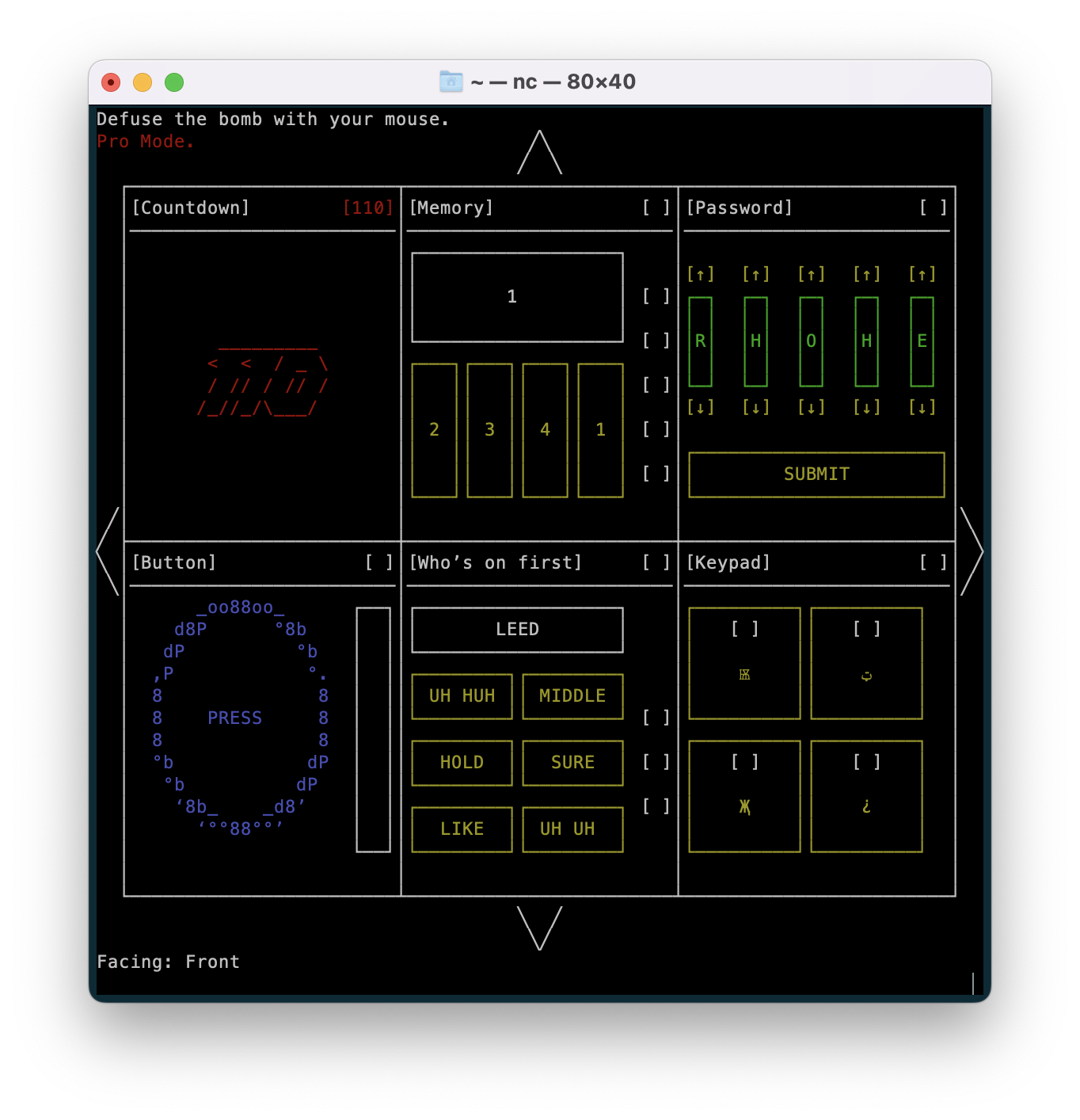 In the second part, called Console Port Pro (498 points, 7 solves), you get 120 ticks, so around 12 seconds. This is not sufficient for human play, so we’ll have to automate it. Or do we?

We don’t get source code. The game is written using some kind of text console framework (probably curses) which sends partial screen updates, meaning we have to maintain a virtual console and do some janky parsing to learn what all the modules are and how to interact with them. Plus, we have to implement all the horrible logic to solve the modules - which is hardcoding a ton of convoluted rules from the manual.

Or, we could cheat! Playing with the game a bit, I found that just clicking outside of the bomb area (e.g. in the top-left corner) caused the game timer to pause - probably because it was coded to skip a game tick if an input was detected. So if we just click the screen repeatedly we can freeze time and spend as long as we want defusing the bomb 😂

Since that’s hard to do while also trying to solve the puzzle, I wrote a little wrapper script that clicks the screen for me whenever I’m not interacting with the game:

This clicks somewhere in the top-left corner 10 times per second (matching the game’s tick rate). With this wrapper, we can take as long as we want in solving the bomb. I specifically restarted the game until there was no Button module, as the Button module usually requires holding down the button until the time reaches a certain point, which might take too long. It only takes a few tries to find a suitable game.

After solving the bomb by hand, we get a flag and first blood too! Note that the displayed flag was slightly wrong (a space should be a _). 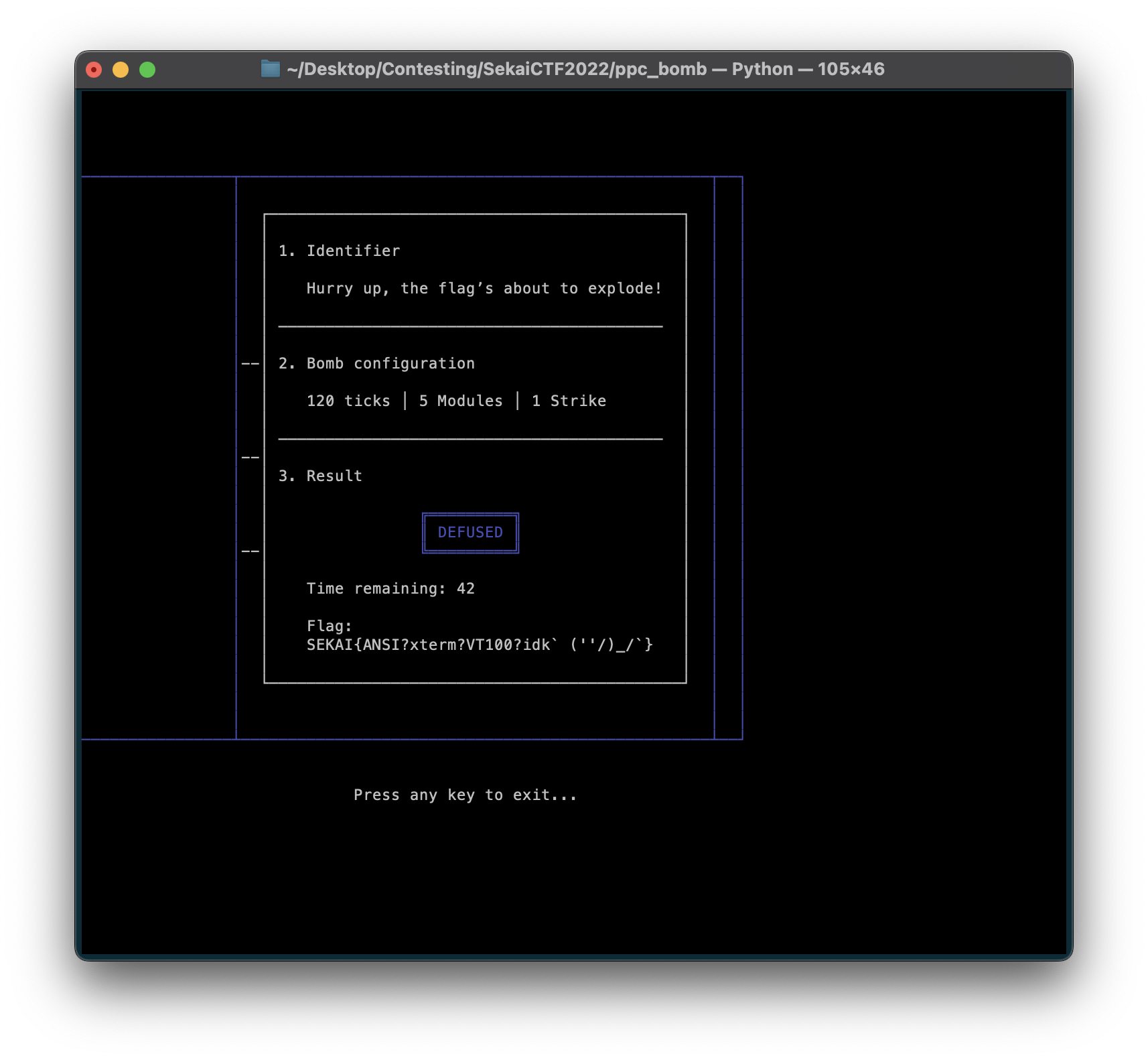